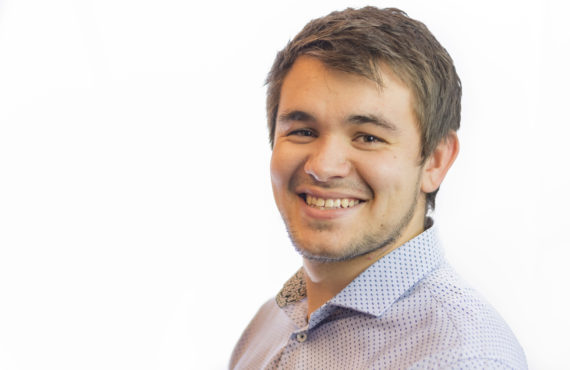 Ruan was the third developer we hired from South Africa. He arrived in the Netherlands in October 2018. He is currently in the Netherlands on his own, but next year he will marry his fiancé and from then they will live in our beautiful country together. Read his story here.

Ruan, why did you emigrate to the Netherlands?
I wanted a new adventure, something beyond the borders of South Africa. Being presented with the opportunity to emigrate to the Netherlands fit that ideal. Security concerns here are much lower, and one can go about living a normal life without having to stress about his own and/or his families safety.

Please tell us something about the projects you are currently working on
I work for a software development company, located in the Apeldoorn area.

We are working in two teams both driven by a scrum framework. We have 2 sprints per month. Every sprint consist of userstories which is broken up into tasks by each team at the beginning of the sprint. Each sprint ends with a review and a retrospective, so there is concurrent change happening to better the way the scrum works.

Developing on this project includes working with a heap of technologies such as:

How did the process of emigration go?
This was a really fast way to immigrate. Worked well and was not to stressful.

Can you explain to the South Africans who are considering to go overseas how you did experience the support from us?
summit developers is a relatively new branch of a much bigger recruitment agency Aatop ICT, so although summit developers are still learning how to work with developers from South Africans they are experts in placing good developers with good companies. And that was also the feeling throughout the process.