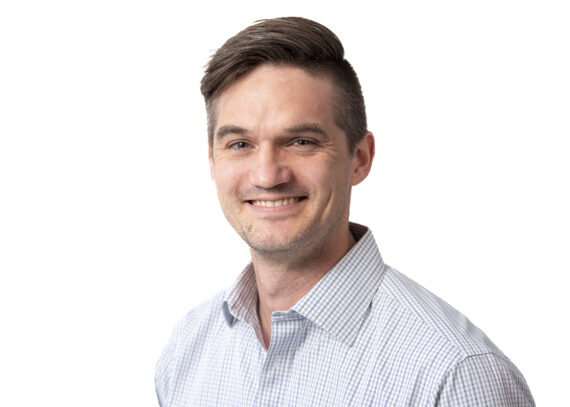 Conrad Roux arrived in the Netherlands in February 2022, together with his wife Megan and their daughter Aleia. Read more about the experiences of Conrad.

Conrad, why did you emigrate to the Netherlands?
Emigration to anywhere is not easy or comfortable for anyone. Leaving your home country where you grew up is a very difficult decision. We felt that emigrating to the Netherlands is one of if not our top options because of the culture of the country and the language, as it is one of the only countries in the European Union that speaks English as well as Dutch, which is a bit easier to learn than other languages spoken in the EU if you know Afrikaans. Our main goal was to find a safe and stable country for our daughter to grow up in and have opportunities that is available to us outside of South Africa.

Can you tell us something how you do like the Netherlands?
Taking the above into account, the language is NOT Afrikaans 😊. There are a lot of similarities but still different. There is a challenge to learn and speak it well. Driving on the right side of the road can easily be overcome if you drive to work for a week, then after that it feels natural. Recycling is a big thing in the Netherlands, and VERY unlike South Africa. The Netherlands is a very nice place to be. It DOES NOT rain all the time 😊 like everyone thinks or says. I like the feeling of being safe when walking in public parks and the trust the country has with the general public that everyone will just do what is required of them and not go “over board” with anything. Family orientated.

Please tell us something about the projects you are currently working on.
I am working for a company called R&R in the retail and grocery industry. They do people/workforce planning as labor costs in the Netherlands is quite high, you have to make sure you are not over booking staff that you don’t need to be on shift. I work on the Apollo team, which is the platform team. We handle all the DevOps related operations as well as some others like Identity Management and Configuration. We do a lot of work with Kubernetes and cloud platforming. The code base is very large and there are 5 dedicated development teams working on different projects at the same time doing about 5 deployments to production daily. It’s a fast paced, high stakes game, but the staff at R&R are very helpful and supportive.

Did the process of emigration go smoothly?
The emigration process itself was actually the smoothest thing for me. Booking my tickets for my wife, daughter, cat and I were more stressful. summit developers took care of everything for us and just forwarded me the emails with forms to complete and information when they were done. It was so nice dealing with Ton, Matthijs and Paulien on all the matters, from getting a lease car, to getting furniture in the house and getting a place to stay. summit developers took care of all of it for us and when we arrived everything was ready to go. Thank you guys so much for the support even after we got here!!!

Can you explain to the South Africans who are considering to go overseas how you did experience the support from us?
As mentioned above, summit developers (Ton, Matthijs and Paulien) have been amazing in supporting us getting here, as well as having a comfortable time settling in. They were also very accommodating with us in waiting for us to get our business in SA sorted first before we were really ready to move. When I needed anything, including advice, I would just message someone from summit developers and they would assist me no questions asked. They have provided so much support to us, if anyone else is thinking of coming over using summit developers, I would highly recommend taking to summit developers and giving them a chance.